Ideas do not have to be big to matter

Hello, my name is Tina and I am new to working as the Community Builder for Countess Wear.

It has been such a pleasure getting to know the place and people that make up this neighbourhood over the past few weeks. Recently, I had a really positive encounter with some neighbours around a community idea coming to life. One neighbour posted in a social media group about the possibility of arranging a Halloween Pumpkin Trail where neighbours could decorate their windows with pumpkins and other Halloween decorations as an alternative to the traditional trick or treating. A few other neighbours commented that they wanted to join in and there was an agreement that this would be a positive activity for the neighbourhood. Another neighbour then volunteered, in her own time, to create a map of the houses/windows that would be involved on the Pumpkin Trail, so that people could have a more interactive hunt around the neighbourhood. 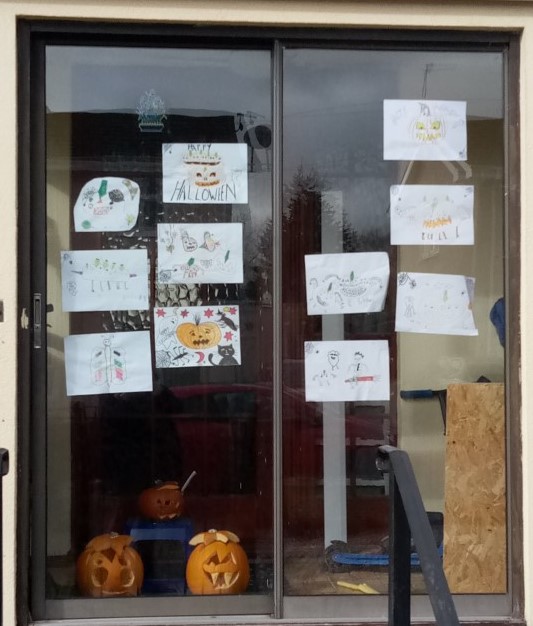 I was so impressed by these neighbours. They had thought creatively during these tricky times of COVID, reached out to neighbours around them with similar ideas and put themselves forward to create something fun to look at from their homes. When I received the Pumpkin Trail Map, the hard work of the map maker was evident and five different neighbours had joined in, making a positive trail for kids around their neighbourhood. What a joy it is to watch projects like this come to life!

I was reminded again how just one person can make such a big difference and that any effort to do good can have an impact. As a society we often can be dismissive of ideas that seem small or that only a few people want to participate in, but more than ever, little and regular actions by local groups of people being willing to invest in their streets makes all the difference. If that one neighbour with this idea had never asked the question, if that other neighbour with the map making skills hadn’t offered to help, if those 5 houses hadn’t put themselves forward to decorate a window… then I would not be holding in my hand this festive pumpkin map that will be available for kids and families and neighbours, who I know it will make a difference for.

Idea’s do not have to be big to matter. Take up on an idea does not have to be big to matter. Lots of people working on an idea does not make it matter. What makes something matter is its heart, is its desire to do good, spread kindness, connect people and care for a place. This group of neighbours did just that and they inspired me to remember the power of just a few doing what they can to make all the difference. It also makes me excited about all the other possible ideas out there, little or big, that people in every street, in every neighbourhood are having and the potential good that can bring, I can see it… can you?

Let’s get creative and see what new ways of being and connecting we can do, even now and in spite of the pandemic. Share your ideas on social media, in coffee shops, on the school run, in work zoom meetings or on dog walks with your neighbour. Keep looking to find the people who get what you are dreaming (they are there!) and then get going in making good happen where you are. There is a way, we just have to see it.