The Greening Heavitree Group started off as a conversation on community network Facebook pages about greening the area more. Anita, who was active in the discussion, offered to set up a WhatsApp Group where around 9 people started to post simple ideas for developing the area.

“How about hanging baskets? Can we nurture unkempt spaces? Does the council have to spray chemicals onto green spaces?”

Devon County Council then got in contact with us and asked if we would like to plant the planters that replaced the concrete bollards blocking roads off on Chard Road and Homefield Road. This was then a catalyst for the group becoming active and meeting one another. Ben, Josie, Tim, Anita, and I all helped out. Further WhatsApp groups were then established by volunteers to look after the set of planters. We then had over 20 people in the group and a Facebook group was also established. 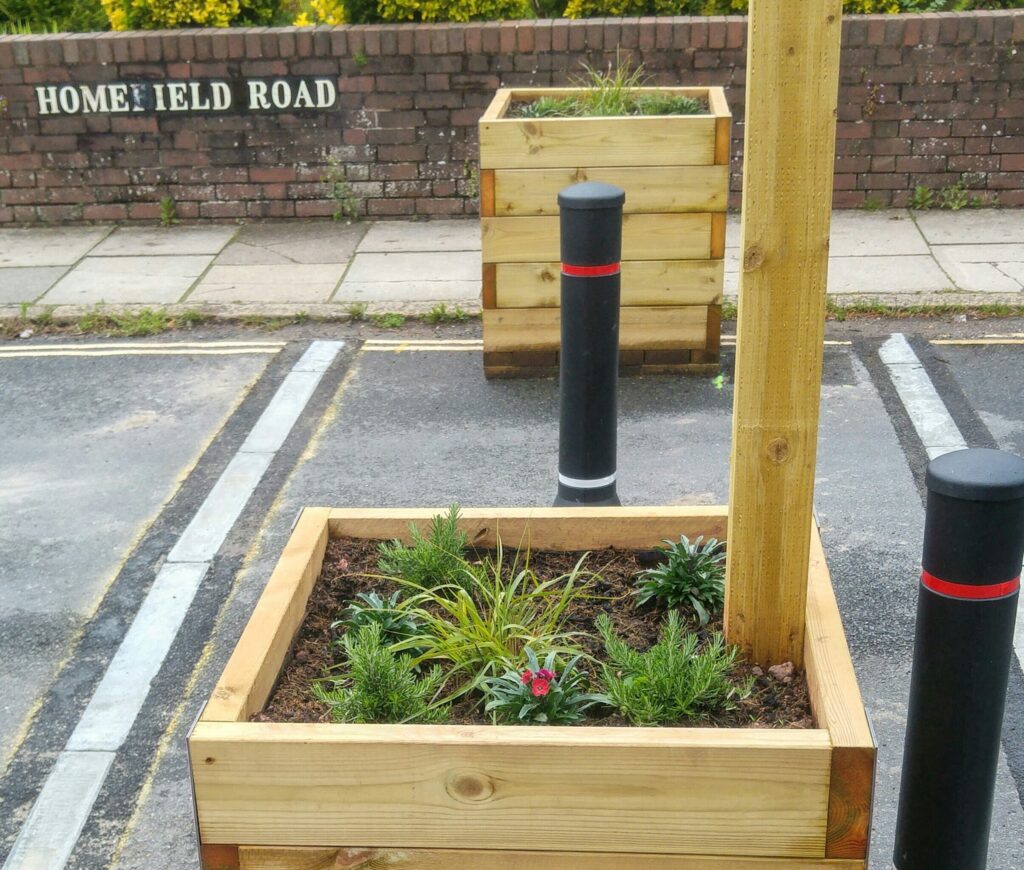 Greening Heavitree also received £200 of funding through Active Devon’s Health May campaign to help develop Hamlin Lane (or the JLC to locals) as a more active and community-oriented space, and to encourage people to use the space more, particularly those who don’t get out much or are inactive. We used plants and gardening as a means for connecting with the community. A team of volunteers set themselves up as the Hamlin Lane Gardening Group and set to work to decide what to do with the money. Jenna volunteered to spend some of the money aimed at children and developed a terrarium-making idea – with clear pots, stickers, little plants, and an animal. We also bought loads of discounted flowers and veg from B&Q, as well as a few hanging baskets. 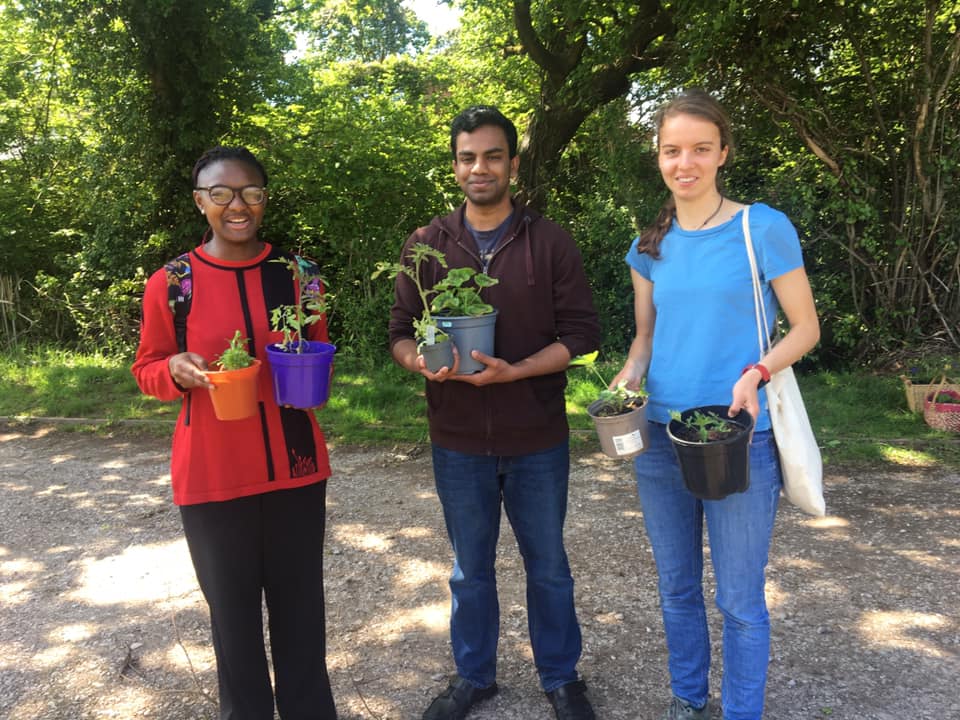 Jules suggested we take a look at the local Hospice plant sale and, when Hospice heard the event was for charity, they gave us loads of free for just a small donation. Each of the volunteers contributed ideas as things developed. Susan developed some of the marketing, even designing a logo for the group, and contacted organisations on Facebook, such as Westbank, Age UK, and local churches. Jenna offered to drop off slips advertising the event in the area, Philip did some door-knocking and also dropped off slips at the post office and charity shops at Heavitree. Finally, Lowenna offered loads of her own potted plants.

The event took place on Saturday 29th May in the sunshine, thank goodness. The team put up the gazebo and organised the plants and the compost, among many other tasks. We were delighted that up to 30 people including children attended. We were able to ask people about Hamlin Lane and how residents would like to use the space more as a park rather than a field. It was great to hear the suggestions from residents which will undoubtedly inform ideas for groups and activities.

Residents included families with young children, elderly local residents, a resident struggling with anxiety, a resident with chronic fatigue, and university students looking for gardening opportunities. It was lovely to give away plants for free, talk to residents, and establish ideas and details for moving forward as a small diverse community.

The group has since organised a picnic to meet up and discuss what the group could do moving forward. 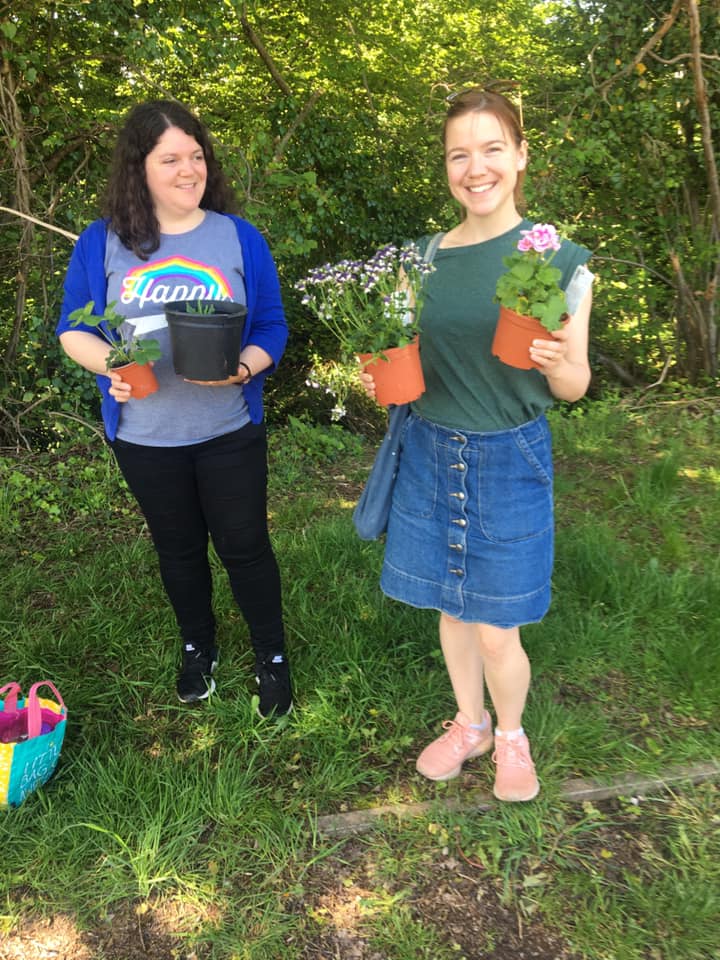 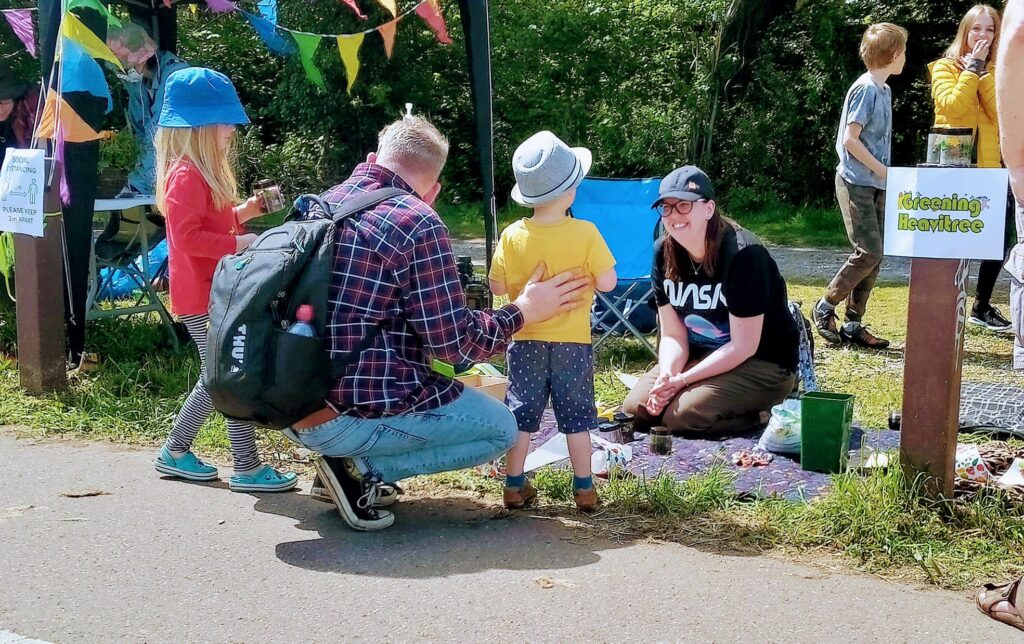